Do you need game audio? 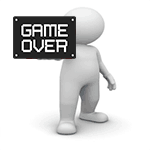 Video games have become an integral part of our culture. Technological developments and a new emphasis on social technology have created great opportunities in the gaming industry. Games and technology used may have changed a lot over the last few years gal But one thing always stays the same, sound waves are still capable of making or breaking games perfectly. For this reason, it is imperative that game creators find the perfect voice and voice of artists. There are two main types of vocalization in the game industry, these are acting and narration. Role-playing games often require thousands of players to make the game live, knowing that the game remains lively and full of surprises. In game voice-over projects, actors often record the same line in multiple ways, so that the gaming experience is different and unpredictable, especially when a particular action, question or answer is repeated multiple times, its effect increases. Check it out our clients

Video Game Voiceover has been in the Turkish industry for more than 20 years, English Games, 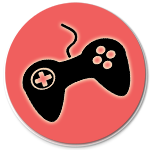 German Video Game and French Voice Play We offer Game Voice over solutions in 63 languages, in the first place. Video games have come a long way from 8-bit adventures. Sound recordings, which consist of beeps, buzzes and tin music, now include orchestral points and complex sound effects. Today's video games are more common with the movies as they play with video games in the past. One of the most important developments in the world of video games is the use of sound to tell their stories. Video game characters are complex characters. Like movie characters, video game characters are just as interesting as the actors that revive them. The actors make the characters unforgettable. While the movies offer a more passive media consumption format, video games are an immersive, interactive experience. Acting in a video game, though important, is not the focal point of a game as it is in a movie. Like Holywood, these are some great studios that produce games such as EA Sports, Nintendo, Activision, Microsoft, Blizzard.

Calling for a video game is a very compelling voice acting type. In video games there are characters that are presented as real people, and there may also be different characters. As a voice actor, you must create a convincing and speech-based presentation for the characters you really create. Another complexity is to depict different aspects of a character based on the game, depending on the game. When a player makes choices about a character, the sound must still feel appropriate. Our voice actors consist of the most well-known and recognized voices in their own countries, so will the work I prepare be nice? Do not worry about questions such as whether you will have a flicker or an accent. All of the texts you send us are transferred to our voice actors at the registration stage and we can get almost no error in Turkish words. 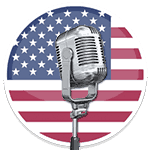 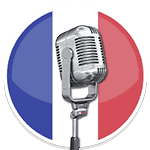 In our Foreign Language Game Voice over solutions, it is possible to sort the other popular languages following English, German and French as follows. Russian Voice Play, Arabic Games, Persian Play Voice You can receive Game Voice over service with the most popular voice actors of the country you are demanding for the target audience. You can increase your brand strength and recognition.

Each line, different emotions, attitudes, energy, etc. It is recorded in several ways to express. Delivery for each line is added before or after one or more lines. This is because if a game is played, the exact order of your lines will depend on how the player moves in the game. Regardless of the path a player takes, the continuity of the voice game must be consistent and appropriate for the events involved in the game. It is important to explore and thoroughly understand the industry before resorting to video game vocalization.

Video games are often action oriented and often contain scenes that show violence or death. When you play a video game character, you can see that you are directed to bir die Bir in a dozen different ways. When he dies from being hit by a car, how does your character call you? He was stabbed to death? Hit his head? Blowing? Each time you have to express them differently, each death sound will be different. The best way to learn how to make a video game is to play first of all. Be aware of the game's stream and listen to the different sounds, characters and how the speaker transfers the scene and emotion. Then practice and practice. Whether you are involved in the voice cast in the game voice-over project, or in the production team, it is necessary to experience the game by playing and experiencing it in stages.

Impressive Sounds Make a Difference!
Video game voice over is not linear! Your script will only be your lines. Instead of connecting with another actor and allowing a command line to turn into an organic conversation, the depletion after line requires an actor to think differently. Dialogue in video games is often short, fisted and can be offered to players for long-time active play. Therefore, each dialogue piece should be able to stand on its own. In many cases, voice actors are not even given full scenarios for the study; this makes it difficult to solve the intended emotions behind the lines due to lack of context. In My Production Video Game Voiceover Uninterrupted operation is offered with the male and female voiceover team. In the studio, the best results are obtained with the voice over.

Play Dublaj What do we do? 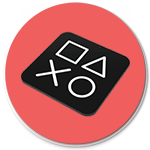 Any type of game requires narrators to instruct the initial players and to inform their more advanced players of their progress. One video game speaker There are many different ways to use their voices. In addition to talking to other characters, audio players in video games may have to scream, shout, and compel sounds. With video games becoming increasingly cinematic, a special actor is needed to suspend the viewers' disbelief. Some audio capabilities also need to participate in motion capture sessions in which their physical movement is recorded.

Video Game Voiceover There is a need for great potential in their works. The ideal video game voice actor will have a voice that is impressive but also capable of portraying authority. For narration, there is a wide variety of character types and also a wide variety of sounds to bring them back to life. For example, in the creation of a warrior used in battle, deep male voices can be lifted. However, talented female narrators are also gaining popularity.

In addition to providing narrative, call experts can also be called up to create a convincing dialogue. The ideal sound type for communication will vary greatly depending on the nature of the game. When searching for the ideal sound through the professional of video game creator, volume, timbre and accent should be taken into account. Think of Cutscenes. Although these scenes are not heavy in action, it is still important to focus, because the plot is developing and moving through speech. Speaking languages are as follows; English Games, German Video Game, French Voice Play, Russian Voice Play, Arabic Games apart from these 4 popular languages, we offer you solutions in 63 different languages.

Game Voice with the most recognizable voices in Turkey! We continue to offer you the best, as always, with the best voice over artists from 63 different countries and with the experience of years in Foreign Language Gaming Voice Dubbing. For your multi-language game voice-over work, our entire team, from shooting to voice-over, from voice to production, is aiming to provide you with the best in a meticulous way. Call us now to take advantage of our game voiceover & dubbing services!

There's a lot more video games than most people don't notice. Who can forget the distinctive tones of the great Dennis Hopper's "Grand Theft Auto"? No, you weren't wrong, it was his voice! You may not have the budget to rent a movie star for your video game voiceover, but you don't need to stay second in the best. Our voice actors have true star quality and are 100% professional.
you plan Video Game Voiceover You can contact us for our dubbing or production solutions.

Don't let a weak piece of audio spoil your game that you described as great. What you need is talented video game voice actors on actors to add finishing touches to your game. Do you want to hear someone like Victor Reznov in 'Call of Duty'? Voice transitions for video games should increase the reality and proximity of players, and your video game sound must include all the sounds you are looking for. Would you like to offer players a choice of languages? Yes, we can help you and we will get our business from expertise and the best prices offered by the industry.

Television Game Voice and Company Game All the solutions you are looking for are in My Prodüksiyon! We continue to produce all the knowledge and experience we have acquired for many years, focusing on the most perfect sound and image quality, and to sign the productions that bring your brand to the top. For your company Company Game We deliver your work in the highest quality in a short time.
Company Game We are preparing your studies for your preferred length.

Our team experienced in Television and Cinema Dubbing Dubbing Audio works with great care and speed. Foreign Language Dubbing just like in the Turkish Dubbing Voiceover title, if you choose the sound that will be the most suitable for your brand, it will bring sympathy and dynamism to your work with sincere and warm tones.
Dubbing Audio You can reach us without any hesitation at any time of the day.