Do you need Perforated Voice? 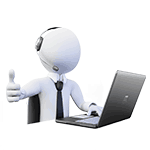 Television is a technological product that has managed to take its place among the indispensables of houses in today's world. Through the TVs, viewers can follow the agenda and watch movies. One of the most important elements of any program on television, including TV shows, is that the servers or players have an impressive and fluent voice. The only factor that will lock the viewer on the screen and watch it stay there is the voice of the individuals in the broadcast. With this reason perforating voice profession in the television industry is of great importance. Channels often have their own voice-over teams, but sometimes they also refer to the voice over services offered by outside teams. Our company has a professional voice-over team with all kinds of programs, series or film productions such as voiceover service offers. Check it out our clients

One of the most important points in the dubbing profession is that the diction is smooth and that the speaker has a fluent speech. A fluent speech is one of the most important factors that can make the viewer stay on that screen. Video voice over In the scope of our service, we are working with professional voice actors, so that we can guarantee the operation of the speech or voice to be performed very smoothly. Thanks to our voiceover services, we can see the positive effects of the productions such as videos, visuals or presentations that our customers want to offer to the audience, as well as the continuous increase in the number of viewers and the constant viewing by a fixed audience.

Successful Video Speech with a Smooth Talk
Especially in television news bulletins, the use of announcements is frequently seen in order for news to become more interesting. This kind of news is a news report prepared by a reporter or an agency reporter in the region where a specific event takes place. This type of news that can be performed live at the scene can be performed by a method that was previously taken and announced at the scene. In both methods, the person who will perform the announcement should be professionally connected to journalism or should be informed at the point of presentation.

Our Expertise with Image Expertise
Our company is one of the leading companies in the field of vocal services. Thanks to the experience brought by the audience for many years, our company has reached to the necessary level of knowledge about how to perform the speech or voice over process to impress the audience. Image dubbing (Perforated Voice) is a branch of the wide range of services offered by our company. As with every other field, our expert voice-over team, which has very good references in the field of image voice-over, guarantees a visible increase in the number of viewers of the images you want to be made to.

Among the most watched types of television broadcasts in our society, newsletters are undoubtedly the main ones. The newsletters are followed up by a young person from almost every segment in a daily manner and can appeal to an audience that is not diminishing. Since there is no acting in the news bulletins, the direct attention of the viewer is the voice level and fluency of the news server. News perforations The newsletters that want to benefit from our services will have the opportunity to address a larger audience after our vocalization services performed with a very smooth and smooth diction. 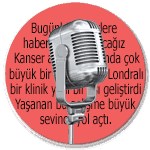 Magazin programs have become indispensable especially for weekend publications. However, nowadays, it is among the television broadcasts which cannot reach to every part of the society. However, as in all other publishing works, the narration and diction of the news server is a big factor in magazine journalism. Servers with a bad address or diction will reduce the viewing of magazine news. Our company is offered by our expert voiceover team working within magazine perforating We aim to increase the number of viewers in our magazine news bulletins. Thanks to our highly experienced voice-over team who are highly experienced in their field, dictated and most importantly beautiful, you can create publications that can appeal to a larger audience.

Dubbing with Perforated best voices in Turkey! News newsletters and magazine perforated announcers all kinds of images with news reading and magazine news presentation services. All TV channels in the Regional and National Broadcasting can go to the conclusion very quickly with the most effective results and the most appropriate price guarantee and with our team consisting of master names. You can contact us for perforated news address solutions.

My Production radio stations news, tv launches news and magazine news and to provide solutions with its professional newscaster and news programs. Regional and National radio and television With our news announcers who have many years of experience and knowledge about channels, they both reduce the cost and save time.
Perforated Voiceover With the highest sound quality, clear Turkish language, you can reach your audience and reduce your company costs.

You can contact us and get support for the hourly news, what's happening in the magazine world, our current newsletter service and much more. Professional Turkish Newsreader at the same time, you can transfer your news announcements to your audience with or without video. News Announcement It covers all steps from background music to the provision of newscaster with a team of experts.
Our professional team Perforated Voiceover You can contact us to get the solutions. Our expert team is waiting to answer your questions.

Magazine Journalism especially the US, Spain, Italy and Turkey are very popular. In most of the major channels broadcasting in our country, there is magazine news, and most of us are working with our voice actors. As a solution to regional and national TV channels, we offer professional voiceover services with our Magazin Perforesi voices.
Perforated Voiceover with 20 years of experience in our work. You can contact us for details and customize our magazine news packages as needed.

Perforated Voiceover In other words, our news speakers know the news about the news on TV, and even Turkish news from foreign sources are transferred to news bulletins with error-free English. The majority of our team is a master who has taken part in national radio and television. news announcers and magazines. My Production Perforating Perforating continues to offer you the best at an affordable price.
Best Perforated Voiceover how to do? Perforated Voiceover Our expert team is waiting for you to answer your questions.

Would you like to vote for us about perforating?

My Prodüksiyon, which aims to improve itself continuously, evaluates the performances of the voice actors under the title of "Perforated Voice".