Do you need Chinese voiceover & dubbing? 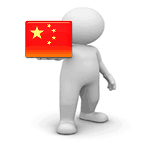 Language is the most important organ in which people have the ability to speak. The lack of a concept that cannot be solved by speech is emphasized as the most important feature of language and speech. The most effective means of communication are language and language. Body language has come to the forefront by revealing an effective aspect of communication in recent years. The language is very important for people and nations; it enables them to talk and communicate with each other in the same country and in the community. Thus, it has an indispensable feature. The language and flag indicate that countries are recognized by other countries and societies, and that they are free. The essential building blocks of countries are known as language and flag. 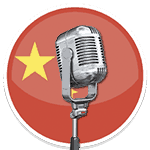 Especially in recent years in the field of technology and innovations in the realization of the same time at the same time to have a long history of increasing the popularity of Chinese. Having a very crowded population Chinese voice over is constantly expanding the area to be done. Many countries and businessmen around the world are also investing in China. It is also a logical choice to have such a crowded country preferred to reach more audiences and to increase customer potential.

Chinese influences, which date back to the ancient times, and the effects of the great influences on the world in social and cultural areas, influence the Chinese to become more recognizable. The countries where commercial relations are communicated and the language used, and the language of the party with predominantly populations, are used effectively. Chinese voice over To be able to do a long-term training is required. Chinese is also difficult to learn as a language that makes people in Chinese voice over. Not only to learn Chinese language, but also to be able to speak effectively and comprehensively; on the other hand, there is a need to support with body language, gestures and gestures. It is one of the most needed Chinese voiceover features in terms of emphasis and intonation.


Chinese Voice Over What do we do?

In many areas ranging from educational equipment, internet-related technological devices to advertising and public spot channels, Chinese voice over is widely used and is increasing day by day. Being one of the world's most widely spoken languages, China has a high potential with its development and development, which increases its importance day by day. The widely used Chinese voice-over is definitely done by people who perform well and hard work. In order to understand and understand, it is essential to dominate the language. With the developments that shed light on the future, without doubt Chinese voice over has become prominent with a much more important position.


Chinese (Chinese: 华文 / 國文, pinyin: hàn yǔ, also known as: 中iny, 漢語, 汉语, Çince) It is the name given to all of the thousands of small languages spoken by more than one billion people living in and around China, and if they are considered as one language, it is the most spoken language on Earth. The most spoken dialect of Mandarin is spoken by about 850,000,000 people.

Chinese For many years, we have been presenting the best voices of the world in the promotional film industry. The aim of the campaign is to provide information about the new product or company. Chinese Voice Over customers Corporate Promotional Film (Corporate Presentation Movie) for the voice-over needs, My Prodüksiyon's turnkey results rely on for years.
For your company and / vaya brand, Company Introduction Film We are waiting for you with our economical solutions.

Do you want to vote for us in Chinese?

My Prodüksiyon, which aims to improve itself continuously, evaluates the performances of the voice actors under the title "Chinese Voiceover".