Do you need French voiceover & dubbing? 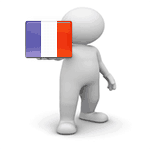 A text, a scene, the player who created the image, or the character's resurrection or the creation of sound is called voiceover. Vocalization is a method commonly referred to in the series, film, documentary advertising sectors. The voice tone of the speaker, the full reflection of the characteristics of the character, are very important for a good voiceover. For this reason, a good education process by doing this job is a first rule to be a quality sound. Speech should be seen as a branch of art in itself. Because it is both a re-creation event and the person makes a voice by adding something. Therefore it carries an artistic feature.

Regardless of the sector to be voiced, it is necessary to be subject to a series of training sessions. This is a general rule for all areas that need vocalization. Because a vocalized training, for example in the advertising field will affect the company adversely, film or series industry French voice over If it is done, viewers will not recommend this series or film to others, or a good movie could be bad anymore. In this sense, many voice lessons have been opened in our country and in the world and trainings are provided. 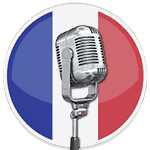 The most basic purpose of vocalization courses is to reach the competence and skill to perform the voice. This requires a patient and devoted work. These courses range from the most basic audio techniques to professional vocalization techniques. For example; crowd French voice over breathing control, effective use of tone of voice, correction of the use of letters and their use, basic structural differences between written and spoken language, fluent speech without hesitation, emphasis on speech, detailed sound techniques such as tone of voice, improvisation and oratory techniques are the basic technical courses. The main courses of vocal training are given to students after this basic training. Main objective issues; General theoretical knowledge with voice over, the rules of film follow-up from the application-oriented monitor, the rules about waiting and registrar in the artist room, domestic film and foreign film soundings.

In our country, there are many qualified and trained companies providing voice over services. These firms have well-equipped staff with trained voice actors. In addition to the vocalization, foreign vocalizing firms are also present but not much. This type of companies are mainly engaged in film and advertising voice-over. However, Power Media has made a name for itself in this field, and the development of French film culture is effective. French in general, known to have a nationalist structure French voice over the fact that the world has been scratched into the subconscious. This language is quite a number of users in the world, and it is a language spoken in many movies and commercials. The fact that the language is more complex and difficult than the English language has increased the value of the companies that made the voice of voice.


French Voice Over What do we do?

If the person receiving the vocal training will perform a voice in the French language, the basic techniques of sound should be taken more seriously. Because the sound of the character depends on the correct pronunciation and the way it is spoken. In this sense, the pronunciation of French, which is the lynch, is the language that requires the most education.

Voice over firms are making choices according to native languages for each language. for example French voice over The fact that the person who is going to live in France, being a real French, will have an extremely positive impact on the quality. In all respects, he will become the ruler of the language and will naturally take on the character as he gives life to the character. This will allow him to fully reflect the character. In this respect, the vocalization is very important for movies. It is of particular importance that the voice in foreign language is original.

French For many years, we have been presenting the best voices of the world in the promotional film industry. The aim of the campaign is to provide information about the new product or company. French Voice Over customers Corporate Promotional Film (Corporate Presentation Movie) for the voice-over needs, My Prodüksiyon's turnkey results rely on for years.
For your company and / vaya brand, Company Introduction Film We are waiting for you with our economical solutions.

Do you want to vote for us in French?

My Prodüksiyon, which aims to improve itself constantly, evaluates the performances of the voice actors under the title "French Voice over".