Do you need Azerbaijani voiceover & dubbing? 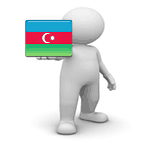 Man recognized the sound first. He turned what he thought into sounds. He used the voices to communicate with his own kind. He gave meanings to the sounds he made, and ensured continuity. In human, this ability stems from his desire to communicate. Language has an important place in the development of human communication. In time, each people began to use their own language. Of course, the richness of the language used makes it much more meaningful to convey what is desired to the other side. As in other languages Azerbaijani Voice Over Expressing the feelings and thoughts of individuals using verbal communication method enables its acceptance by the society.

Almost 6000 languages are spoken even with the most optimistic estimation worldwide. The history of many languages dates back to very ancient times. It is known that there are many languages that disappear because they are not used. Çincedir is the most widely spoken language in the world. But wherever you go in the world, the common language is English. The beauty of the language we use is that it is difficult to learn but the words are composed of subtle vowels and have a harmonious expression. With the development of technology and the rapid dissemination of trade in the globalized world, language and translation have been of great importance. 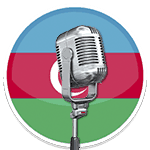 Entrepreneurs who want to sell to different countries make their own advertisements through advertising. There is a known fact that people prefer the product they advertise in some way. It also leads the advertising sales sector in the world. If companies want to make their own promotions worldwide, they have to use the inter-language translation and voice over as the next step. Azerbaijani Voice Over is one of them. This advertising and translation work must be given to companies that are professional in their business. A good and accurate introduction should be made with the translations or pronunciations of the experts who use the language in full. The use of a well-known person in the advertising or promotion business in the world-renowned or advertised country poses a positive impact on people getting the product.

The official language of Azerbaijan is Azerbaijani. This language is also spoken about Iran, Iraqi Turkmen and Kars. Azerbaijani very similar to the Turkish origin is due to the same roots. The Azerbaijani, who use the Latin alphabet, are very close to the Turks as both language and culture. It is easily learned with a small basic education for people who know Azerbaijani Turkish. Azerbaijani voiceover Basic is also used in the same words. If we think that the importance of vocalization has increased recently after learning the language, the language learned in this sector can be used. Of course, in order to become an expert in Azerbaijani Voice Over, it is not enough to learn only the language. It is very important to practice to speak the language literally. It is necessary to emphasize the feelings and thoughts of the language that belongs to that country.


Azerbaijani Voice Over What do we do?

Azerbaijani Voice Over people who want to do so will be able to serve in many different areas. They can find a job in areas such as film and series voiceover or dubbing. At the same time, radio and television commercials are the areas where voiceovers are frequently used. No matter what field, emphasis should be made carefully, theoretic and practical must complement each other.

People who want to do voice work should contact the dubbing agencies. Anyone who has an enthusiasm for this should definitely try his luck. When your audio harmony is caught, you can start your new business by taking necessary trainings. After correcting your language and diction, you will be able to earn money by speaking Azerbaijani. You can sail into brand new horizons by getting adequate training in the area of the vocalization, which is an integral part of the world of television and advertising. Now, the internet is completely entered into our lives in these days, educational services on the internet is also used in the voice over. All these areas provide jobs for people who want to use Azeri.

Azerbaijani For many years, we have been presenting the best voices of the world in the introductory film industry. The aim of the campaign is to provide information about the new product or company. Azerbaijani Voice Over customers Corporate Promotional Film (Corporate Presentation Movie) for the voice-over needs, My Prodüksiyon's turnkey results rely on for years.
For your company and / vaya brand, Company Introduction Film We are waiting for you with our economical solutions.

My Prodüksiyon which aims to improve itself constantly evaluates the performances of the voice actors under the title of "Azerbaijani Voiceover".