Do you need Persian voiceover & dubbing? 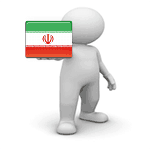 The existence of sound and languages is as complicated and diverse as the history of mankind. It is quite difficult for people with different languages to understand and understand what is said. Therefore, a language must be translated into another language and understood by others. The original sense of words or sentences in different languages is also translated and translated into a different language. This can be done by adding the voice of the person who speaks the language of the request or later. It has gained momentum in the process of translating such structures as film, cartoons, commercials and documentaries from other countries. This sound art, also called dubbing, is usually done by private studios and professional people.

This path can also be taken into consideration especially when the characters involved in the series of films and cinemas are not suitable for the necessary sound color and accent. There are many actors and film companies working in this way in our country. The advertising sector, which has become the biggest market area of our day, is also one of the lumbar bones of the voice recording. Especially in this area, the voice of many celebrities is used when the voiceover is done. Persian Voice Announcing sitting in the very center of our lives, with the development of technology in the tone of the desired tone was transferred to the desired item. 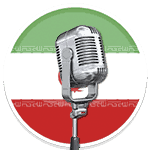 Not only the films, but also the public transport; used in aircraft, trams, subways, buses and even many technological tools. Voice routing is also used in the technology that receives the command, or even the level of response. In order to be able to play a character, it is necessary to have a good voice, the ability to be able to pass the feeling clearly and to have education in this subject. Turkey also has many places offering education on this subject. Professional studios can be used after the necessary training. What is important here is to identify the emotions that sound can give and to voice it according to it. The most prominent languages in our country; English, German, French, Russian, Arabic, Spanish, Japanese, Greek and Farsi Voice Over'Dr.

In the voice-over, the singer needs to know the feelings of the local people and act according to the fiction in the film. For example, in action films, excitement and tension are often in the foreground. Therefore, it must be able to give these feelings. In a film full of emotional love, the sound is the most innocent tone and must be able to give the feeling of being in love. Otherwise, the study does not matter. Persian voiceover it also maintains its importance among these voices. Especially in order to emphasize the cultural values and to live emotion intensively, this performance requires success. Persian is one of the oldest literary languages. It is a language that is widespread and influenced by many cultures from the middle of Asia to the Mediterranean. Many important works in this language have been given today. As a nation that loves beauty, refinement and emotion, their languages have received a lot of attention and attention. The variety of sounds in the alphabet and the necessity to use letters well have added a distinct value to Persian.


Farsi Voice Over What do we do?

All these phenomena made the use of persian voice. Persian voiceover has also been a gain door for those who use this language and have good use. The necessity of using all kinds of blessings of art, the beauty of the world and the need to use the blessing of the globalized world has made it necessary to call it persian.

Not only the films, but also the public transport; used in aircraft, trams, subways, buses and even many technological tools. Voice routing is also used in the technology that receives the command, or even the level of response. Especially in recent times, smartphone applications and social media have supported this voice. Because technology companies have increased the variety of sound in their bodies aiming to reach more societies and to allocate a serious share of voice in line with these goals. He had a share in Farsi Voice Over by keeping pace with the developing world, it has established its existence in the voice-over community.

For many years, we have been presenting the best voices of the world in the best promotions. The aim of the campaign is to provide information about the new product or company. Farsi Voice Over customers Corporate Promotional Film (Corporate Presentation Movie) for the voice-over needs, My Prodüksiyon's turnkey results rely on for years.
For your company and / vaya brand, Company Introduction Film We are waiting for you with our economical solutions.

Farsi Voice Do you want to vote for us about our artists?

My Prodüksiyon, which aims to improve itself continuously, evaluates the performances of the voice actors under the title of "Persian Voice-Over Artists".